All the disruptive emerging technologies draw on data for their power, so we will need new paradigms of data infrastructure robustness.

The next decade will bring many global changes. Markets are shifting focus as technology and the data it produces continue to take over all industries—remaining analog is not a consideration anymore. But how we are transitioning into the latest evolution of the digital frontier is an important conversation to have.

Emerging technologies are being used, often experimentally, in a variety of ways. AI and machine learning (ML) are being applied to everything from IT to industrial operations. Virtual reality (VR) and augmented reality (AR) are breaking out of the niche gaming sector into healthcare and manufacturing. Natural language processing (NLP) is going beyond smart assistants. Concurrently, IoT and 5G are coming together to drive the aforementioned technology and much more.

We are at an inflection point that will manifest in transformative changes to how we work, live and play–all driven by data. Organisations and individual consumers are facing a new wave of technologies that will generate and allow them to manipulate untold new quantities of data. So, what does this all mean and how can organisations utilise these leaps in innovation and stay ahead of the curve?

As we continue to empower our algorithms, threats to our security are also heightened. We see AI applications going mainstream across sectors and functions—from improving customer experience to streamlining business operations. With the rise of Industry 4.0 and smart manufacturing, AI is taking a leading role in developing capabilities that are self-adaptive and automatically reconfigurable to further improve productivity and boost quality control for manufacturers in the region.

However, we are also seeing emerging AI-related security concerns as attackers can also use ML and AI to power their attacks. Adversarial attacks have proven capable of tricking an ML model into incorrectly labeling a traffic stop sign as a speed sign, which could have disastrous effects in the real world.

There has been new research that shows how machine vision systems can be tricked into misidentifying 3D objects. There have been multiple cases of optical illusions for computers in the past decade. Research from Massachusetts Institute of Technology (MIT) showed how Google’s AI was tricked into thinking a turtle was a rifle. Researchers from Carnegie Mellon University have also proven how adversarial glasses can trick facial recognition systems into thinking you are someone else.

As we become increasingly reliant on smart technology, the risk of threats gets increasingly higher. AI and ML will be more susceptible to attacks just by the manipulation of data, where such security breaches could throw off or break down entire learning models, hijacking them or rendering them useless. In 2020, we will see more attempts at adversarial attacks that could lead to disastrous results, which could lead to industrial sabotage—think power stations or water treatment plants that depend on automated processes.

Training will be needed to teach smart algorithms to anticipate attacks. Organisations will need to understand how hackers may attack security solutions based on ML at training and prediction stages. Heavy investment in researching ways of generating and guarding against these sorts of attacks will be vital. Data integrity has never been more important.

A consumer wearable revolution is taking place. The worlds of VR and AR are growing fast beyond the gaming scene. In 2020, AR and VR will set the stage for a consumer explosion with the entire market expected to reach US$210 billion by 2022, according to Statista. Splunk research expects to see continued adoption of AR across manufacturing, search and rescue, healthcare and retail industries. Medical imaging will be widely enhanced with 3D models of patients for more precise clinical knowledge.

The industry also anticipates B2B enhancements of everyday experiences to lead to a consumer wearable revolution. For instance, Clik Earbuds are expected to be available by 2020 with the ability to translate 27 languages in real-time, eliminating the need for human translators. Samsung currently owns the patent for smart contacts that can change focus and zoom when you blink. Allowing users to be fed a constant stream of context and information about the real world as they walk down the street.

There are endless examples of how AR cloud applications could play a compelling role in enabling the mirror-world. It is also estimated that offices will contain roughly 75 million pieces of wearable technology by 2020, according to a report by Tractica.

Despite this great headway, there are limiting factors holding back consumer applications of AR. I predict that only with a widespread rollout of 5G will AR come into its own, much as smartphones and 4G enabled on-the-go video streaming and instant-order apps like Uber and Lyft.

Machines will have a bigger voice in our lives. Beyond trading jokes with Alexa and Siri, people use NLP to translate languages on the fly, parse through tons of unstructured data for previously unnoticed insights, or help the disabled to communicate–making communication between humans and machines easier than ever.

However, relying too heavily on technology in important decision-making can be misguided. AI experts show that these tools are susceptible to a flaw that has repeatedly sprung up in the AI world — bias against certain demographic groups. Many algorithms today are being trained in pre-existing human practices that are inherently biased and problematic. It is naive to assume we can eliminate that from NLP algorithms at the outset.

The implications could be even worse than faulty grading. For example, when AI was used in criminal justice in the US, computer algorithms that influenced sentencing decisions and defendants’ freedom, in general were twice as likely to wrongly flag black defendants as future criminals as they were to inaccurately label white defendants.

NLP should never be seen as the final decision maker, but it can and should help humans make better decisions. Augmenting human capacity, with strong attention to ethical considerations, will be the right approach for this developing technology.

In 5G’s wake, the IoT era will truly come into its own, having as big an impact on the daily world as the smartphone has achieved in the 4G era. For example, in healthcare, machine-type communications will be used to monitor patients via massive sensor networks, to power smart pills that can record drug ingestion, and monitor care for insurers. The world’s first 5G remote operation occurred when a surgeon in China used 5G technology to operate from 30 miles away on a laboratory test animal.

A study from IHS Markit estimates that 5G will enable US$12.3 trillion of global economic output by 2035. However, all benefits will not come without some risk. IoT devices often lack a solid security design, and there is an inherent risk in creating new, connected 5G networks that could expose sensitive information. In order to combat this, end-to-end security will be critical in protecting communication paths between devices, users and the core network. Organisations need to invest in a more sophisticated security framework to help mitigate such risks with the booming onset of possibilities that 5G will bring.

We are on the cusp of a third consecutive decade of enormous transformation, and there are an ever-growing need and importance for managing your data and creating opportunities for growth.

As organisations and businesses embrace these new emerging technologies, data security will still be a primary concern. In order to stay ahead, we need to start building robust data infrastructures to achieve real-time processing and low-latency responsiveness.

In preparing for the future of your organisation, the broadest, and smartest prediction is that data will continue to open up new possibilities. In 2020 and beyond, IT leaders who will have the biggest impact on their organisations are the ones who focus on how their technology decisions intersect with their people’s decisions.

For many, the best practice would be to seek a balance between the two. 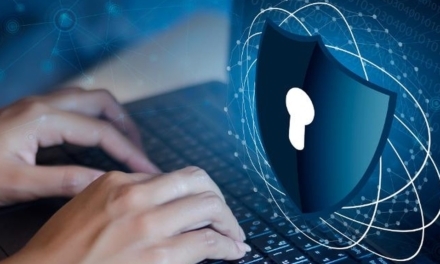 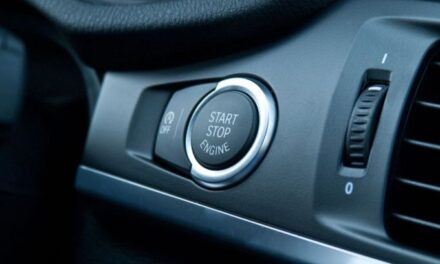 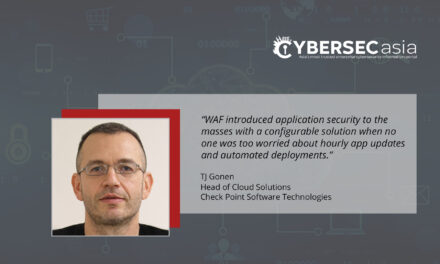 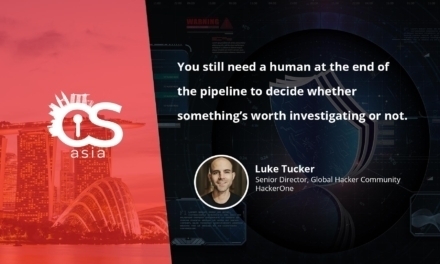 Humans are the weak cybersecurity link. And humans can be the mitigators …